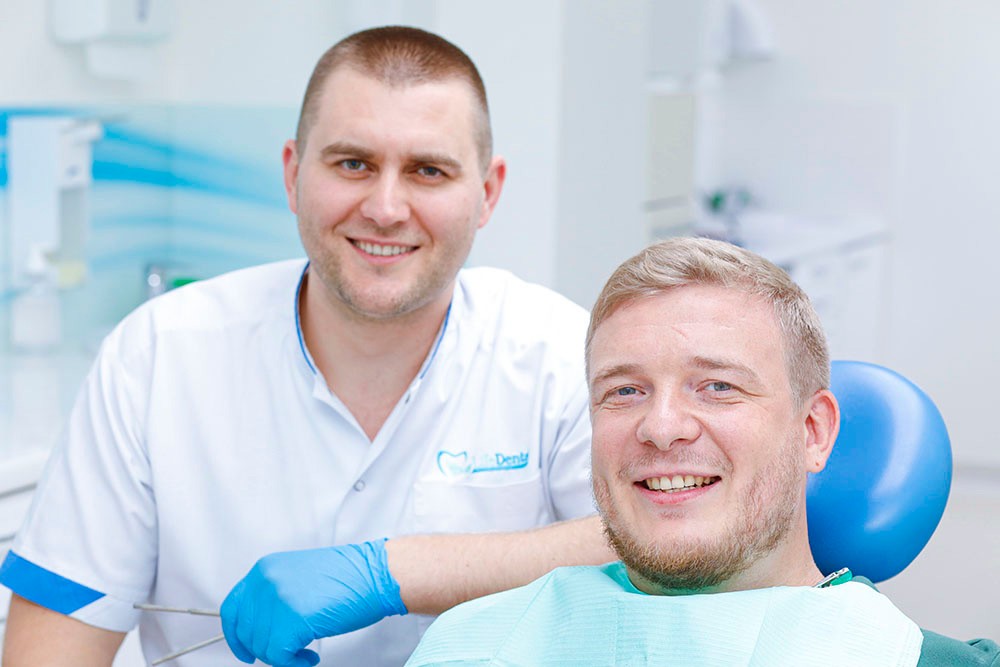 and removal of the dental plate and the dental tartar from the dental surfaces. It is important to know that immediately after brushing the tooth surface adheres a film that has a high content of bacteria called bacterial film. By this substrate, during the day, adhere a series of food scraps and that will form a whitish deposit called dental plaque. It is relatively easy to remove by evening and morning brushing. But, if it is not removed from the dental surfaces daily, after a few days it becomes so adherent that it can no longer be removed by ordinary means.

The dental plate quickly becomes an ideal culture medium for the various microorganisms existing in the oral cavity. These as a result of their own metabolism processes produce acids that begin a slow process of demineralization of the surfaces and thus, during several months, the incipient dental caries forms may appear.

The layer on the outside of the tooth is called tooth enamel and due to the high degree of mineralization it is resistant to acid attack for a long time. But once it is penetrated, and the acids reach the bottom layer, respectively the dentin, the latter's destruction is relatively rapid (lower in mineral salts) and it can be rapidly damaged and the dental pulp will determine its inflammation and mortification.

The dental plaque, after a short time, begins to mineralize, and from a white-yellowish color the mineralized deposit gets a gray-brown color (the dental tartar). The content of bacteria is constantly increasing and so is the deposit of food waste, and sanitation is becoming more difficult and inefficient. It is a vicious circle that can only be broken with the help of the dentist.

Dental tartar once formed at the tooth pack and over-gingival tends to migrate slowly with sub-gingival. This causes a chronic inflammation of the gum and then a progressive destruction of the bone supporting the tooth, and so begins to develop and develop periodontal disease. The first signs are gingival retractions.

The dentist, during the professional hygiene session, performs an ultrasonic descaling over and subgingival completed by a manual one. There is a professional brushing with a slightly abrasive paste and finally it is completed with a blasting with a jet of bicarbonate and pressurized water made with the profi jet.

The role of all these is to remove the dental tartar at the macro and microscopic levels and to obtain a smooth and glossy surface.

Careful professional hygiene requires at least 30 minutes on an archway. Although it seems a trivial therapeutic work, this is not the case. In order to obtain results and to be effective it must be done by a doctor who possesses the theoretical knowledge, but also the necessary clinical practical experience and knows the consequences of not realizing it correctly for the patient.

The materials on this page are for information purposes and are intended for educational purposes.

Website visitors should not use them as medical recommendations. Determining the diagnosis and choosing the treatment methods remains the exclusive prerogative of your doctor!

«Life Dental Clinic» is not responsible for the possible negative consequences that arise from the use of the information posted on lifedental.md